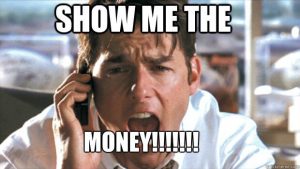 When a person purchases a home, there are many terms that they learn such as what a refinance is. A refinance is to renegotiate the terms of a current loan into a new loan entirely. There are many benefits to refinancing a home, however the most important thing to consider is whether or not it is the right time to refinance. For example, if rate have been increasing and your current loan has a better interest rate, it really doesn’t make sense to refinance and pay more for your new loan. On the other hand, if rates have decreased compared to your current loan, you could save money each month with the lower rate.

One of the most common reasons to refinance a home is to pull out cash to fund some of lifes needs. This doesn’t mean you can use it to go out and buy a Ferrari. There has to be a legitimate reason such as to consolidate debt, remodeling, or for a child’s college tuition. Life is expensive enough and wouldn’t it be nice to pay for jimmy’s college tuition without dipping into saving?

Lowering a loans interest rate is arguable the best reason to refinance a home, because it makes financial sense. Many individuals have found that refinancing for a lower rate saved them over $100 dollars a month in interest payments. After the housing crisis in 2008, many individuals were upside-down on their mortgage with rates as high as 10%. However, after the dust settled and housing prices began to rise again, the government kept the interest rates low. Some of these same individuals were then able to refinance into rates between 3-4% at the time. The housing market goes in cycles of ups and downs every 7-10 years. And unlike the housing crisis, this is a normal occurrence and many individuals who bought a house during times with high interest rates find the benefit of lowering it during times of low interest rates.

A shorter term may mean higher monthly mortgage payment, but it also means paying off a mortgage sooner. If an individual has the income to support shortening their loans term, they could choose to decrease it to a 15-year or even a 10-year loan. Now couple this with lowering the interest rate and the individual saves both time and money from a refinance. And as stated before, a lower interest rate can mean spending over $100 less on interest each month

Converting between an Adjustable-rate and fixed-rate mortgage

Another reason to refinance a mortgage is to switch between an ARM and a fixed-rate mortgage. ARMs are attractive because they have a very low initial interest rate for a set amount of time and then will adjust to increase until they reach their cap. However, many individuals will take advantage of the low initial rates and then switch to a fixed rate which may be lower than their adjusted rate.

Individuals interested in property investments can take advantage of a refinance as leverage to purchase another property and then rent it out.

Which ever reason a person decides to refinance their loan, typically they will need to have at least 20% Loan-to-Value in equity to pull the trigger. This is to ensure that the borrower won’t default on their loan. Another thing to consider is that a refinance is a financial transaction and will have closing cost. It is important that the borrower understand this to determine if the move is financially sound. Always consult with a mortgage professional before making a decision to refinance; They will advise you on the risks and benefits in more depth.

When shopping for a home, a buyer has two options when it comes to securing…

How to get a good credit score 101

Whether it’s purchasing a home or car, your credit score will be checked.  When it…

When getting ready to purchase a home, it’s a good idea to find out…