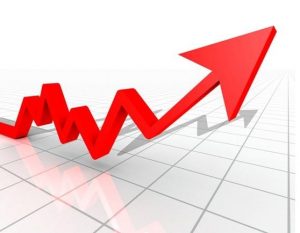 For the last few months rates have been gradually going down. Mostly due to an oversupply of homes on the market and uncertainty about the state of the economy.

As of today the rates have taken a turn and began increasing after the release of today’s jobs report. This is in direct contrast to yesterday’s drastic drop.

Traditionally signs of a good economy make a negative impact on low interest rates as the market needs to adjust to strong economic data. Being one of the strongest jobs report in a decade, it is a signal that interest rates may rise.

What does this mean?

As rates go higher it will mean that less buyers qualify for a mortgage. This could result in a buyer’s market as the number of buyers are expected to decrease. And there is still an oversupply of homes on the market.

For some this may be a good opportunity to buy a home a lower than asking price. Contrarily, these same buyers may get locked into a higher rate than they would have a month ago.

Individual who buy at a higher rate will have the option of refinancing their home after 6 months ( FHA) for a lower rate. Granted that rates decrease in the future it would be an opportunity for those who bought at a higher rate to get locked into something lower

The biggest reason people move to growing areas is usually because of better employment opportunities.…