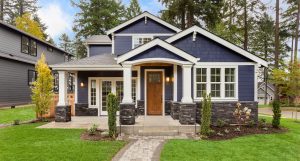 Americans are beginning to feel more confident in the housing market as an increased share says now is a good time to buy a home, according to the latest Fannie Mae Home Purchase Sentiment Index.

The HPSI increased by 2.5 points in March to 88.3, reversing February’s decrease of 3.7 points to 85.8. The increase can be attributed to a rise in three of the six HPSI components.

“The HPSI’s recent run of volatility continued in March, as it recovered last month’s loss and remained within the five-point range of the past twelve months,” said Doug Duncan, Fannie Mae senior vice president and chief economist.

When looking at job security, Americans did not change their outlook, and the share of those who say they are not concerned about losing their job remained flat in March at 71%. The share who reported their income is significantly higher than it was 12 months ago also remained unchanged at 17%.

“The primary driver of this month’s increase was the sizable rise in the net share of consumers who think it’s a good time to buy a home, which returned the indicator to its year-ago level,” Duncan said. “On the whole, a slight majority of consumers continue to express optimism regarding the overall direction of the economy.”

Buying A Vacation Property? Now Is A Good Time!

Every year around this time, many homeowners begin the process of preparing their homes in…

Ask the Underwriter: Are DACA borrowers considered ‘lawfully present’ in the United States?

Yes, according to the USCIS December 4, 2018 Dani Hernandez Ask the Underwriter is a regular column for HousingWire's LendingLife…

Reasons to Stop Renting and Buy a House

By Patrick Merryman Opinions about home ownership vary from person-to-person. And while some view buying…